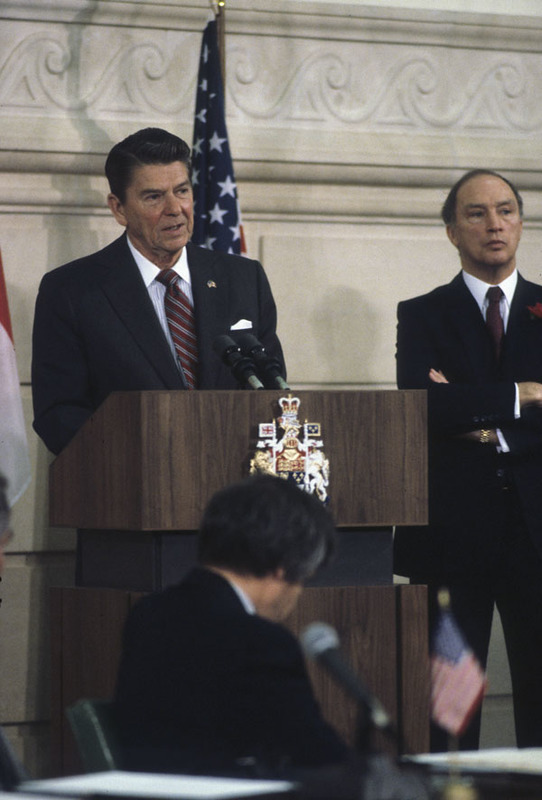 The United States of America has been unquestionably Canada’s most important external relationship, especially post-1945. Consequentially, relationships between Prime Ministers and Presidents have naturally been the subject of interest for journalists and academics alike in Canada (less so in the United States). Day-to-day relations across the 49th parallel are traditionally managed by Cabinet members, bureaucrats and diplomats, but the personal rapport at the top sets the tone and shapes the relationship. Conflicts and personality clashes have at times arisen between Presidents and Prime Ministers due to differences in temperament, outlook and policies, as was famously the case between John Diefenbaker and John F. Kennedy, Lester Pearson and Lyndon Johnson, and Pierre Trudeau and Richard Nixon. Such scenarios have demanded skilful diplomacy on the parts of ambassadors, senior officials or even Cabinet members to mitigate disagreements and keep relations on an even keel. Since 2016, this has again been the case, with Prime Minister Justin Trudeau being as seemingly different from US President Donald Trump as is perhaps possible.

From Ottawa’s perspective, Donald Trump’s victory in the 2016 US Presidential election was both unexpected and undesirable. Yet this was not the first time that a Liberal Canadian Prime Minister faced the unexpected election of a conservative Republican American President, one who was not only starkly different in temperament and outlook, but also committed to changing established norms and expectations, on American terms. This array of documents reflects how Canadian officials assessed Reagan and his agenda, and how they readied Pierre Trudeau to engage the new President in a way that would mitigate differences between them as best possible, while defending Canadian interests and goals.

“What’s Going on in Canada?” A California Governor wants to know →
Summary